My trip to New Zealand was filled with spectacular nature and more gardens than I’ve ever been to on any of my adventures. I began my journey at 3:45 am Atlanta time on a flight to Los Angeles where I spent the rest of the day.  Part of my wanderings that day included the Huntington Library, Art Collection, and Botanical Gardens where there are 12 gardens and, according to the website, there are 15,000 plant varieties across these gardens. Here are some of my favorite moments:

The conservatory is a beautiful building that is home to 3 different habitats (rain forest, cloud forest, and carnivorous plant bog) as well as plant lab exhibits. When I visited Huntington, it was a hot, cloudless day and the air was dry. The outside of the conservatory was beautifully landscaped with grasses and long flowers. Even though the sun was hot and strong, I liked watching the fields of yellow and purple flowers sway in the wind. Eventually though I needed the shade of the conservatory.

Walking into the building was like walking into another climate entirely. Orchids were dangling from pots and walking through the hot, wet air of the rain forest habitat was like going for a swim minus the feeling of being cool and refreshed. Around the edges of the conservatory were trees and orchids that appreciated more direct sunlight, such as the cacao trees. The fruit on the cacao trees weren’t very large, but they had the best coloring I’ve seen of any cacao fruit. There were no brown or black splotches to be found. As I moved more towards the center of the room, I saw more air plants such as stag horn ferns. At the center of the room were trees and vines that were reaching for the diffused light coming through the ceiling. There was also a black pond that held small aquatic plants and even smaller fish. The plants in the pond weren’t labeled, but I think the larger of these was a kind of water lettuce, which according to Wikipedia, is native to the Nile river and is now nearly in all tropical and subtropical fresh waterways.

As much as I love the rain forest, the heat and humidity were hard to bear, so moving onto the cloud forest was a treat. Personally, I love walking through all of the cloud forest habitats the most because of how colorful they are. Huntington’s cloud forest was no exception to the color rule.  There were orchids, bromeliads, and tillandsia galore. They all hung off trees, stuck up from the ground, and came at you from every angle. No matter where you looked it was like being in a painting with bright greens, pinks, purples, and red popping in the moving light. My absolute favorite about Huntington’s cloud forest was this amazing arrangement of red bromeliads and silver and green tillandsia. Together they became an epiphytic tower cascading downwards into the ferns and vines then splaying upwards towards the light and uncovered branches.

It was hard to move out of the cloud forest, but I was only in LA for a few more hours, so I had to make it through the rest of the conservatory. I pushed through to the carnivorous plant bog where it felt a lot like home because many of the plants there, like the American pitcher plant, are found in my native Georgia. It felt funny to have traveled such a long way to find a little piece of home. 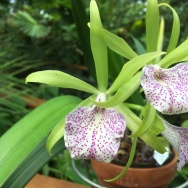 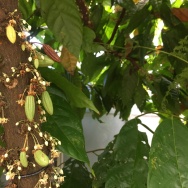 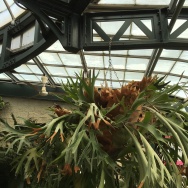 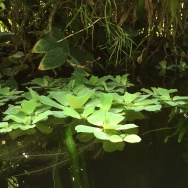 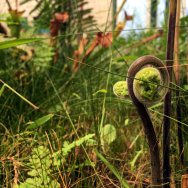 The day was hot and my time was short, so I didn’t do much ambling without a purpose. In fact, all of my ambling whether it was intentional or accidental was in pursuit of finding the Huntington Desert Garden, which is one of the oldest and largest cactus and succulent gardens in the world. I did manage to find some pretty neat spots including, but not limited to a Grecian style pavilion, an orange grove, an Italian style garden, and a tropical outdoor garden.  They were my favorite Huntington rest stops. 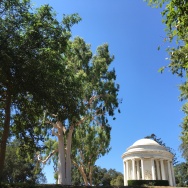 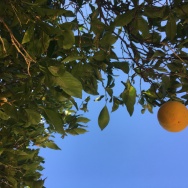 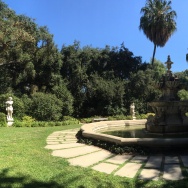 The pièce de résistance of my trip to LA was in fact the Desert Garden.  According to their website, this garden contains “two dozen families of succulents and other arid adapted plants [that] have developed into a 10-acre garden display.”  The website goes on to say that the Desert Garden is one of “Huntington’s most important conservation collection[s].” I can honestly say that I could hardly contain my happiness when I saw the golden barrel cacti rolling and rising in the distance. According to the website, “many of the golden barrel cacti were planted from seed before 1915 and now weigh several hundred pounds.” I was struck by the height and size of many of cacti and succulents there including the agave, aeonium, and fence post cacti which were well over 6 feet tall. While I was there I managed to see half of the garden before I had to leave. Here are some of my favorite moments from the Desert Garden. Best believe I will be coming back for pokey, spiney, succulent-y moments. 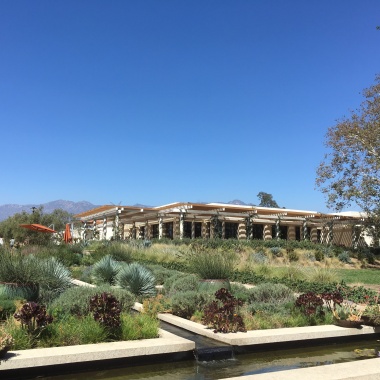 Just before heading for the airport I took a pit stop at the Griffith Observatory, which for an observatory is an amazing hiking and walking spot just beneath the Hollywood sign. It overlooks LA and even though the sky was smoggy the view was spectacular. The observatory was built in 1945 and, according to its website, when it was opened “it was one of the first institutions in the U.S. dedicated to public science and possessed the third planetarium in the U.S.” 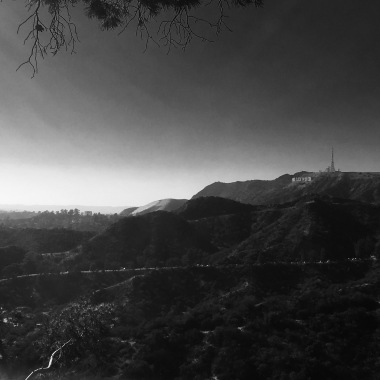 By the end of my day in LA, I was thoroughly sweaty, exhausted, and ready to board my midnight flight to New Zealand where I anticipated greeting spring on the other side of the world. Next up: Part 2 of my New Zealand adventure where I explored many of the public gardens of the North Island!